The Robert G. Bone Distinguished Lecture Series was established by the late ISU President Robert G. Bone (1956-1967). Shared by the Departments of History, Politics & Government and Sociology and Anthropology, it enables these departments to bring distinguished scholars to ISU to deliver a series of public lectures and to meet with faculty and students. 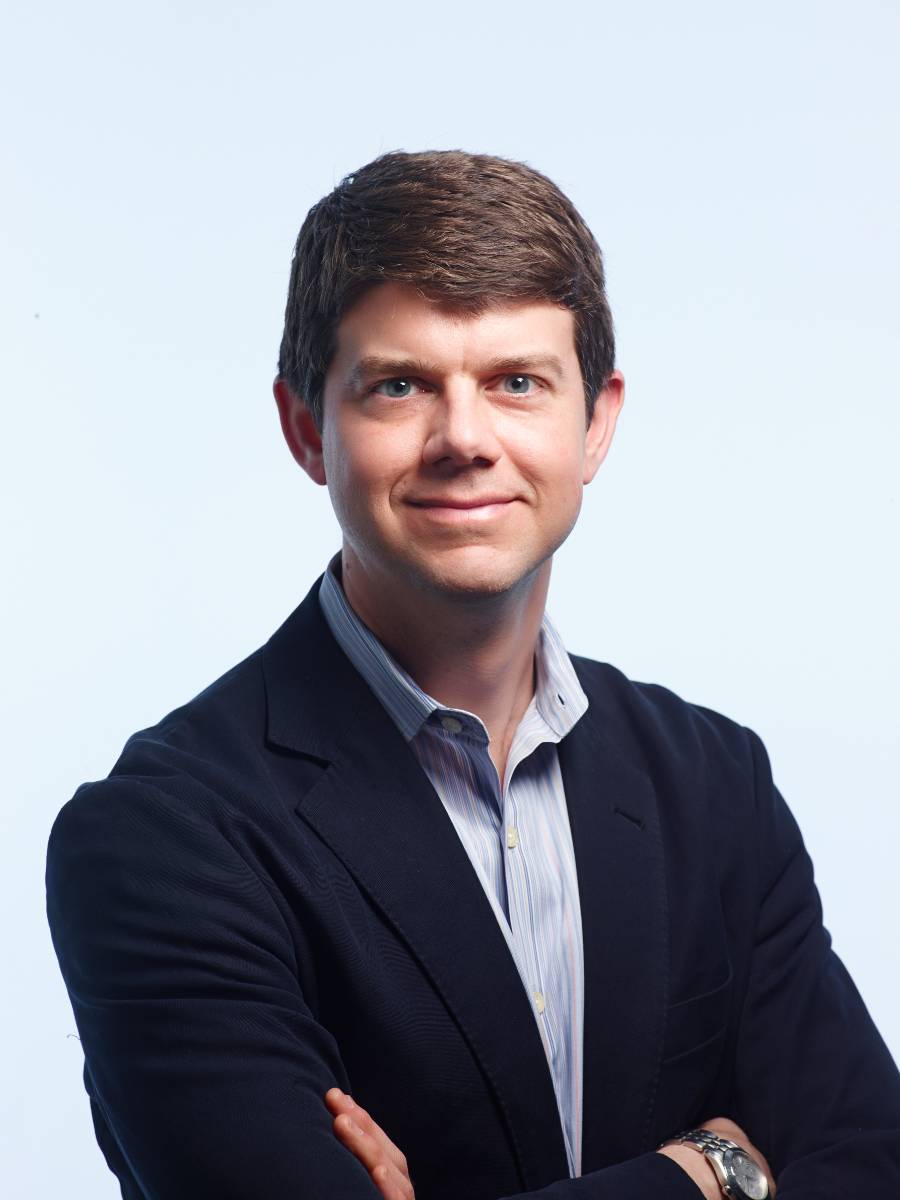 Dr. John Sides, Professor of Political Science and William R. Kenan, Jr. Chair at Vanderbilt University, delivered the 2022 Robert G. Bone Distinguished Lecture as a webinar on February 7, 2022. The Bone Lecture was hosted by the Department of Politics and Government and co-sponsored by the Office of International Studies and Programs. The lecture was titled “The 2020 Election and the Future of American Politics.”  About 130 students, faculty, staff and community members participated in the webinar and its recording can be accessed here.

Professor Sides’ lecture was based on research that will be published in a forthcoming book he co-authored with Chris Tausanovitch and Lynn Vavreck. The presentation discussed the trends leading to the 2020 election, explained the outcome of the 2020 election, and offered some thoughts about the future of American politics.

Professor Sides highlighted gradual, long-term increases in party difference and party polarization, shorter-term increases of party difference on identity-related issues (e.g., immigration), the decreasing likelihood that voters will defect from their party in elections, and party parity, i.e. equality in party size, as the main trends leading up to the 2020 election. He also explained that President Trump’s unpopularity, President’s Biden popularity compared to the Democratic candidate in 2016, and the Trump administration’s ineffectiveness in leveraging the political opportunities presented by the COVID-19 pandemic are all factors that explain the outcome of the 2020 election. Finally, in reflecting on the trends leading up to the election and the outcome of the election, Professor Sides offered some thoughts about future political developments, predicting GOP gains in the midterm elections, as well intensifying polarization and the continuation of identity politics. Throughout the lecture, Professor Sides shared a plethora of data presented in visually accessible ways. Following the lecture, Professor Sides answered attendees’ questions.

The annual Hibbert R. Roberts Lecture in Public Policy was established to honor Dr. Roberts, the chair of the Department of Political Science for 22 years (1969–1992), whose vision still shapes the department today.

Professor Cara Wong of the Department of Political Science at the University of Illinois Urbana-Champaign delivered the 2021 Hibbert Roberts Lecture on October 6, 2021. Her Lecture was titled “National Identity and Racism in an Era of COVID-19: The Case of Asians and Asian Americans.” The Hibbert Roberts Lecture.is an annual public policy lecture hosted by the Department of Politics and Government and named in honor of Professor Hibbert Roberts, who led the Department for 22 years – from 1969 to 1992. This year, the lecture was co-sponsored by the Office of International Studies and Programs as part of the Fall 2021 International Seminar Series titled “A New Normal in a Global Context.”

Professor Wong shared historical perspectives on the racialization of disease as well as on how historically Asians were excluded from immigration and/or citizenship in the United States through various means such as legislation (e.g. the Chinese Exclusion Act of 1882) and Supreme Court decisions. She also shared with the audience data from surveys that capture the knowledge of the general public about prominent Asian Americans and public perceptions about who is an American and who is a patriot, supplementing survey data with examples from the media that also reflect public perceptions of Asian Americans. Her discussion provided context for understanding the experiences of Asians and Asian Americans during the COVID-19 pandemic.

Professor Wong is the author of Boundaries of Obligation in American Politics: Geographic, National, and Racial Communities (published in 2010 by Cambridge University Press) and of many journal articles and book chapters, many of which appeared in various prominent academic journals, including the Journal of Politics, British Journal of Political Science, and Public Opinion Quarterly.  Dr. Wong’s research has been supported by grants from the National Science Foundation, the Carnegie Corporation, and the Social Science and Humanities Research Council of Canada.  She has been a fellow at the Center for Advanced Study in the Behavioral Sciences, Stanford University, fellow at the Russell Sage Foundation, Fulbright Scholar in Chile, and Hallsworth Visiting Professor at the University of Manchester.  She is past president of the political psychology section of the American Political Science Association.

The 2021 lecture was originally planned to be a hybrid event, combing both in-person and online streaming.  Due to the power outage in Bone Student Center, it was moved to an online only event. 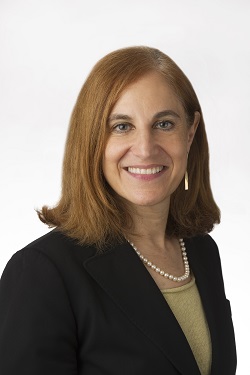 Bonnie Glaser, senior adviser for Asia and director of the China Power Project at the Center for Strategic and International Studies, delivered the 2019 Hibbert Roberts Lecture. The Hibbert Roberts Lecture.is an annual public policy lecture hosted by the Department of Politics and Government and named in honor of Professor Hibbert Roberts, who served as Department Chair from 1969–1992. This year’s lecture, titled “US-China Relations: From Cooperative Partners to Strategic Competitors,” was also part of the Presidential Speaker Series and sponsored by the Harold K. Sage Foundation and the Illinois State University Foundation Fund.

Glaser began her lecture with an overview of U.S.-China relations since the 1970s, outlining the elements of the China consensus in U.S. foreign policy beginning in the 1970s. She then discussed how the China consensus shifted over the years, highlighting the importance of key historical moments, such as the end of the Cold War and the Tiananmen Square standoff, in understanding this shift. After this historical overview, the lecture focused on providing an analysis of contemporary U.S.-China relations in different policy areas, including international trade and international and regional security, highlighting the patterns of cooperation and conflict in those areas, and discussing the ways in which China is perceived in U.S. foreign policy circles and by the U.S. public and how the U.S. is viewed in China. Glaser concluded the lecture by offering and reflecting on different scenarios that may define U.S.-China relations in the future, explaining that managing this critical relationship well is of the utmost importance.

Dr. Mary Anne Franks, Professor of Law, University of Miami, delivered the 2018 Hibbert R. Roberts Lecture in Public Policy on September 18 at Illinois State University. The title of her talk was “The Cult of Internet.”

Professor Franks pointed out that contemporary society is in thrall to Internet worship but the "free" rhetoric of the Internet - free speech, free markets, free services - masks the high costs of a corporatized technocracy. The fundamentalist attachment to the Internet justifies and perpetuates a system in which privileged groups systematically shift the costs of reckless and destructive conduct to vulnerable groups. While the Internet’s capacity to transform human interaction has revolutionary potential, it has more often worsened existing forms of exploitation. By destabilizing distinctions between speech and conduct, encouraging impulsive and irrational habits, Professor Franks argued, the Internet has facilitated new forms of discrimination, misinformation, and extremism. More than 200 students, community members, staff and faculty attended the event. A lively Q&A session was followed by her presentation. 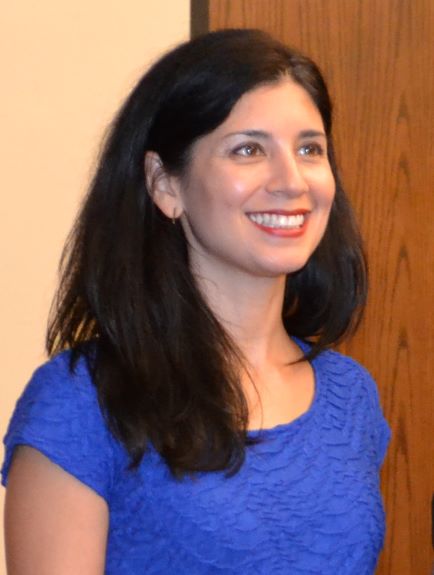 The Hibbert R. Roberts Lecture in Public Policy was established to honor Dr. Hibbert R. Roberts who was chair of the Department of Political Science for 22 years from 1969 to 1992. In his opening remarks, Dr. T.Y. Wang, Chair of the Department, stated that Dr. Roberts’ long service is a testimony of his dedication to this department and Illinois State University. The annual lecture is to honor Dr. Roberts and express our gratitude to him. The event is sponsored by Illinois State’s Department of Politics and Government, the Provost’s Office and the Sage Foundation and was free and open to the public.

Dr. Franks holds a J.D. from Harvard Law School as well as doctorate and master’s degrees from Oxford University, where she studied as a Rhodes Scholar. Dr. Franks was previously a Bigelow Fellow and Lecturer in Law at the University of Chicago Law School and taught social studies and philosophy at Harvard University. She teaches First and Second Amendment law, cyber law, criminal law and procedure, and family law. She is also the President and Legislative & Tech Policy Director of the Cyber Civil Rights Initiative, a nonprofit organization that seeks to harness the power of law, policy, and technology to protect equal rights.

She is the author of the forthcoming book The Cult of the Constitution: Guns, Speech, and the Internet (Stanford University Press 2019). Her legal scholarship has been published in the Harvard Law Review, the California Law Review, and the UCLA Law Review. among others. She has also authored numerous articles for the popular press, including the Atlantic, the Guardian, and TIME Magazine.

Professor Christopher Achen delivered the Hibbert Roberts Lecture entitled “Identities and Trump Ideologies: The 2016 Presidential Election” on November 1st, 2017. Professor Achen’s lecture addressed the question of how Donald Trump won the 2016 presidential election. Achen explained that while considerable attention has been given to the appeal of the issues of his campaign and to the stagnant incomes of white people without a college degree, those factors turn out to be much less consequential than most media reports have suggested. Achen explained that deeper and broader forces were at work in the election, and his lecture set them out with evidence from the voter surveys done at the time. The lecture concluded with a discussion of how Trump’s election demonstrates that democracy does not work in the way we usually imagine.

In addition to this public lecture, Professor Achen also presented a lunch talk titled “Age, not Social Class: Turnout Dropoff in the U.S. and Taiwan” to faculty and graduate students in the department on November 1st. He also met with the American Politics faculty in the department.

Achen is a professor in the Politics Department at Princeton University, where he holds the Roger Williams Straus Chair of Social Sciences. He is a member of the American Academy of Arts and Sciences since 1995. Professor Achen has served on the top social science board at the National Science Foundation, and he was the chair of the national Council for the Inter-University Consortium for Political and Social Research (ICPSR) from 2013-2015, which is the global leading institution in advancing social and behavioral research. His primary research interests are public opinion, elections, and the realities of democratic politics, along with the statistical challenges that arise from those fields. He is the author, coauthor, or co-editor of six books, including Democracy for Realists (with Larry Bartels), published by Princeton University Press in 2016, and The Taiwan Voter (with T.Y. Wang), published by the University of Michigan Press in 2017.