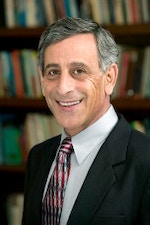 Dr. Jamal Nassar is Professor Emeritus of Politics and Government. His specialization is in Middle East Politics.

Jamal R. Nassar is retired chair and professor in the Department of Political Science at Illinois State University.

Since joining the faculty at Illinois State in 1978, professor Nassar has established himself as a leading authority on the politics of the Middle East. His many publications include such books as Intifada: Palestine at the Crossroads, The Palestine Liberation Organization: From Armed Struggle to the Declaration of Independence, Change Without Borders: The Third World at the End of the Twentieth Century, and Politics and Culture in the Developing World: The Impact of Globalization. Many of his articles, chapters and reviews have appeared in highly rated publications and have been translated to about a dozen other languages.

Dr. Nassar has chaired a number of national and international conferences on the Middle East. In 1987, professor Nassar was awarded a Senior Fulbright Fellowship to teach on the West Bank. Between 1991 and 1995, he served as editor of Arab Studies Quarterly and he currently serves on its editorial board as he does on the boards of other distinguished journals on the Middle East region. Dr. Nassar shares his knowledge of the region's politics through speeches and interviews. He has addressed the United Nations as an expert on the Question of Palestine, and was consulted or has appeared as an expert witness on the area in highly visible court cases in the United States and Canada.

In addition to being a noted scholar, professor Nassar has an impressive teaching record. Dr. Nassar was the recipient of the Alumni Association's Outstanding University Teacher Award in 1993-1994. His dedication to his students and his commitment to challenging their minds earns him their respect even long after they graduate. His involvement in theses committees and independent work with students makes him one of the most active teachers around.

Professor Nassar is also active in University governance. He has served on many committees in his Department, College and the University at large.